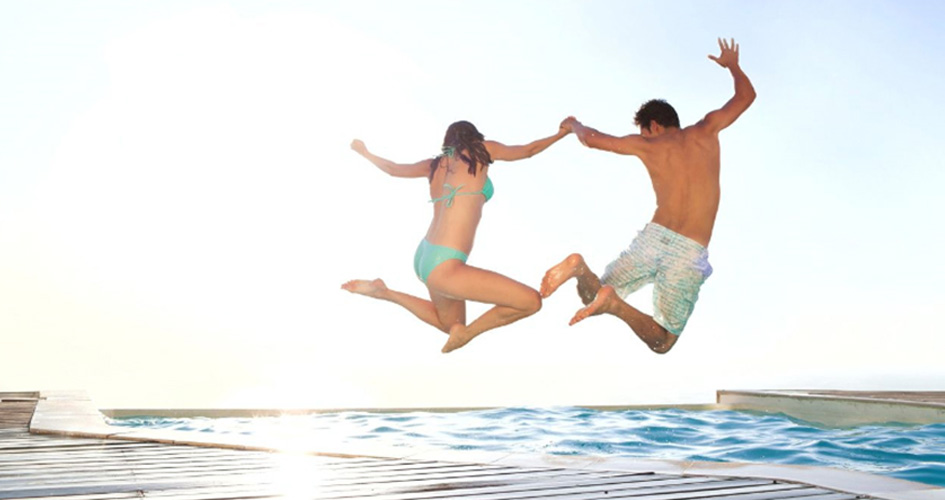 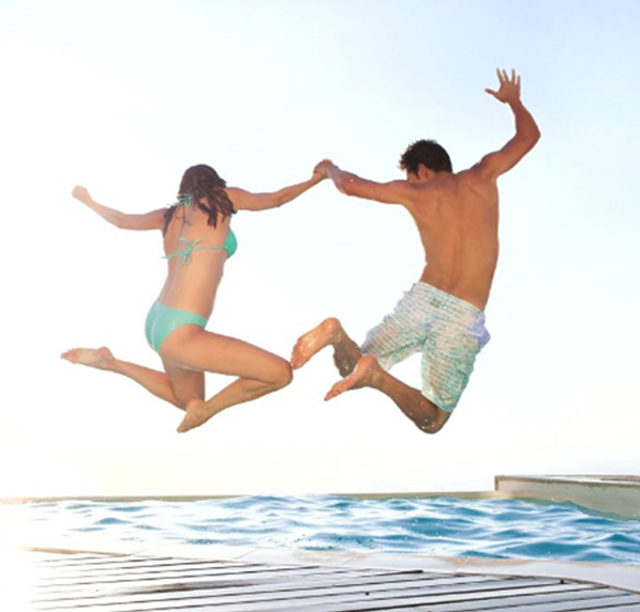 6 Super-Easy Ways to Take Control of Your Finances

Take control of your finances with these 6 super easy tips

This story originally appeared on Refinery29.

If getting a better handle on your financial life tops your 2017 to-do list, well, we're right there with you. Who doesn't want to make more, save more, and finally get out of debt? The thing is, it's easy to aspire to do bigger and better things (e.g. ask for a raise by March, pay off all your credit cards, etc.). Then, life happens. And just like that, money matters get downright overwhelming. But before you say, "screw it" and go back to square one, know this: You don't have to overhaul your entire financial life to get back on track. Small changes can make a real difference in how you think about–and spend–your money. To help you get on the right path, we joined forces with Chase to speak with real women about their nagging financial pitfalls, then asked money experts about the best ways to bounce back from these common woes. Consider this your guide to doing better by your bank account and yourself–starting now.

1. "I left my job and have done zip with my 401(k)." - Jihan, 32
Between planning goodbye drinks with your co-workers, cleaning out your cube, and getting prepared for your next career adventure, odds are the last thing on your mind as you left your last job was, What the heck do I do with my 401(k)? First up, congrats on having a 401(k). Saving early for retirement is one of the smartest money decisions you can make, so you're already on the right track. (If you start socking away money at 25, by age 65, you'll stand to save nearly double what you would if you started saving the same amount ten years later.) That's why it's key not to lose sight of this hard-earned money when you switch jobs. How to handle these funds depends a lot on your situation, says CFP® Lazetta Rainey Braxton, founder of Financial Solutions. In fact, leaving your money right where it is may make sense, especially if your previous employer has better investment options at a more reasonable cost than your new company. That said, if you are ready to take the money with you (after comparing fees and investment options), Rainey Braxton recommends considering a direct rollover to a traditional IRA. This will help you avoid being taxed on your savings. Once you choose a financial institution, your broker can walk you through the entire process over the phone. 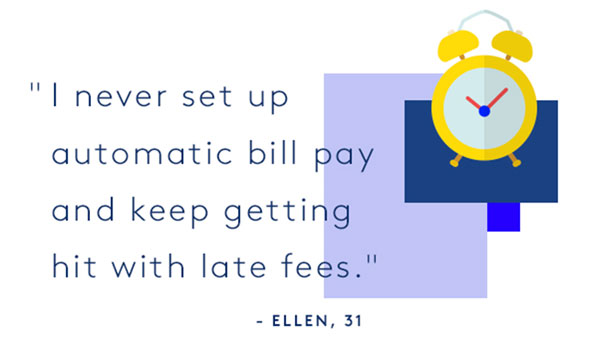 2. "I never set up automatic bill pay and keep getting hit with late fees." - Ellen, 31
We've all been there. One month you're on top of your bills and paying everything off like a boss, but then you're pulled into an all-consuming work project or come down with a serious case of the flu. Next thing you know, you're hit with a late-payment penalty. Don't sweat it, but do take steps to prevent it from happening again – starting with setting up an automatic bill-pay system. Brittney Castro, founder and CEO of opens overlayFinancially Wise Women, also recommends asking bill collectors to change their due dates so they more closely match your pay cycle. That way, you'll never have to worry about having enough cash in the bank to cover you. "If you get paid on the first and 15th of the month, request that half of your bills come out on the fifth and the other half on the 20th," says Castro. "Then, they're always paid a few days after payday." 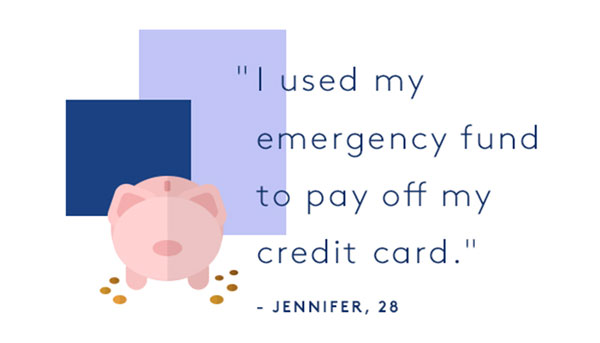 3. "I used my emergency fund to pay off my credit card." - Jennifer, 28
There are few things more satisfying than seeing a zero balance, which is why dipping into savings to bail yourself out can be tempting. But hold it right there. If you don't keep enough cash stashed away to cover unexpected costs (think: root canals and car repairs), you'll land yourself right back into debt. Most money experts recommend having an emergency fund to cover three to six months' worth of living expenses in the event that you lose your job. LaTisha Styles, an investment analyst and founder of YoungFinances.com, suggests taking it a step further: "Save enough to also cover the annual deductible on both your car and health insurance." It's these two areas where Styles sees people run into the most trouble. And of course, if you've managed to build a nice, fat financial cushion, by all means put the excess toward paying down that credit card.

4. "I left my job and dipped into my retirement savings to make ends meet." - Laneika, 34
Tapping your retirement savings should always be a last resort. Why? When you take money out before age 59½ (the age at which you can start drawing on your retirement savings penalty-free), not only is the money taxed, but you're also hit with a opens overlay10% fee. On top of that, you're putting a dent in the money available to you later in life and losing out on compound growth you would have earned. Simply put, it's not a good look. But if you feel like you had no other option, don't beat yourself up about it. "Use it as a lesson," says Castro. If, going forward, you must tap these funds, consider taking a loan from your 401(k) (traditional IRAs don't offer this benefit) instead of an outright withdrawal to avoid the tax penalty, says Rainey Braxton. In this case, you're both the lender and the borrower, so while you will have to pay interest, at least you're paying it back to yourself. Your employer's 401(k) provider can guide you through getting the loan. They'll also flag any fees or stipulations you'll want to know about up front, like how soon you have to pay the loan back, at what interest rate, and what happens if you leave your job before paying off your balance. 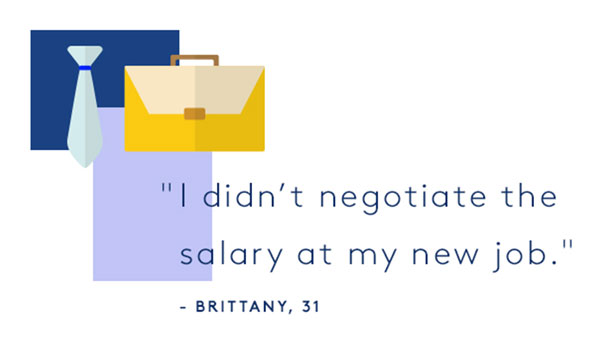 5. "I didn't negotiate the salary at my new job." - Brittany, 31
We don't have to tell you that if you don't negotiate your starting salary you're more than likely leaving money on the table that can impact your earning potential for the rest of your career. And while your new boss might not be into your request for more money immediately after you accept the job, hope is far from lost. "Your job is to work your butt off, make the right connections, and seek out a mentor who will be willing to vouch for you during your evaluation," says Styles, who recommends proactively asking for a review six months in. At that point, you can inquire about annual increases and find out what you need to do in the following six months to see a bump in your pay. "Try for a promotion or look to make a move in two to three years so you can get paid what you're worth," says Styles. In fact, one Forbes report found that staying with the same employer for more than two years can cost you a staggering 50% in lifetime earnings.

6. "I pay a fortune in ATM fees." - Amber, 30
Stop us if this sounds familiar: You end up at a cash-only brunch spot and the two closest ATMs aren't operated by your bank. You pay the fee so you can get back to bottomless mimosas. Yes, landing in a cash pinch happens to all of us. But these little costs can add up. To avoid overpaying to access your cash, follow Styles' advice. "Every time you get paid, withdraw $20," she says. "It's not so much cash that you can go crazy spending it on something you don't need, but it's good for buying a drink, leaving a tip, or paying the valet. "Still finding yourself out of money? Most banks have apps that list nearby ATM locators. Download and consult yours whenever you're in a tight spot.

Jihan Thompson is a Chase news contributor. Her work has appeared in New York magazine, Essence and Marie Claire. 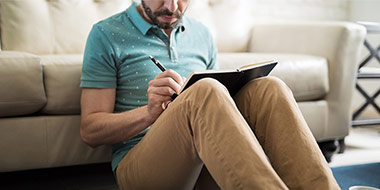 Conquer Your Finances One Question at a Time 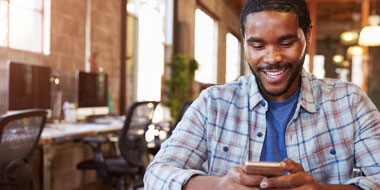 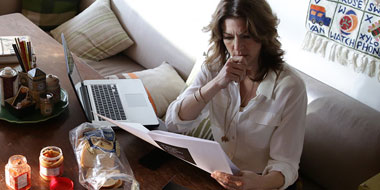 opens in a new window Learn more
Follow us:
Begin external link overlay.
You’re Now Leaving Chase
Chase's website and/or mobile terms, privacy and security policies don’t apply to the site or app you're about to visit. Please review its terms, privacy and security policies to see how they apply to you. Chase isn’t responsible for (and doesn’t provide) any products, services or content at this third-party site or app, except for products and services that explicitly carry the Chase name.
close overlay Cancel
opens in a new window Proceed
End external link overlay.